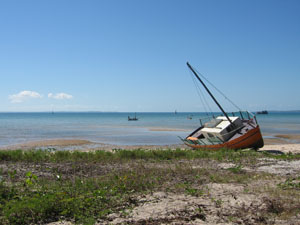 In August 2008, Fontes Foundaiton signed a contract with Statoil Hydro, a major Norwegian oil company, to implement a corporate social responsibility (CSR) project in northern Mozambique. Statoil Hydro is carrying out seismic tests in the sea outside the coast of Pemba, Cabo Delgado Province. Fontes Foundation has been asked to improve the water supply in the village of Quissanga, where most of the population are fishermen. It is the first time for Fontes Foundation to work in Mozambique, although several staff has experience from this country.