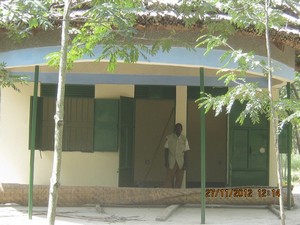 Fontes Foundation started the construction of the Internet café and a latrine in January 2012. The project will provide the village with desperately needed access to the Internet and other secretarial services such as printing and typing. Currently, people have to travel more than 10 km for this. The café will also serve as a stop-over place for tourists and travelers, where people can rest in the forest and have a drink as they access the Internet. Potential customers are travelers, tourists, Uganda Wildlife Authority staff (the headquarters of UWA are only 1 km away), the primary school, Fontes Foundation staff and local residents.The café is located on primary school land only about 70 m from the main road, and marketing with signposts and banners is planned to attract customers. If funding allows, Fontes Foundation also plans to organize short courses in computer skills for local residents and children from the primary school in future.

read more
fontesCompletion of the Internet Café Structure in Katunguru12.12.2012 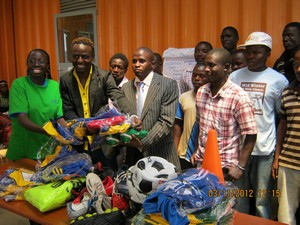 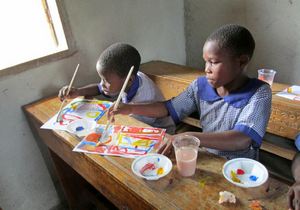 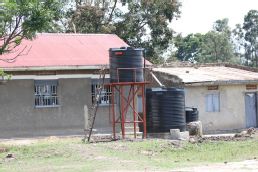 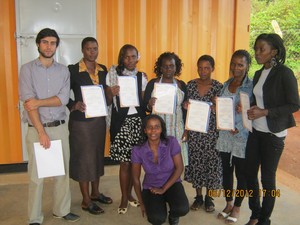 The graduation ceremonies took place on 20th September and on 6th December, 2012 respectively.  During the ceremonies students were awarded certificates and guest speakers expressed their excitement about the initiative and encouraged the youths to stay focused and utilize the knowledge and skills productively. The third lot of 29 students for the short courses was enrolled and started classes on 10th December 2012 and will complete early 2013. 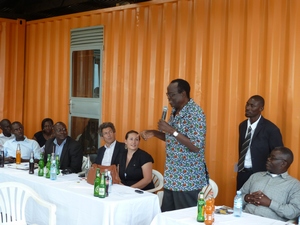 Fontes Foundation Uganda with support from Balder Foundation started the establishment of a youth training centre in Bukasa in Muyenga, Kampala.  The main objective of the Youth Centre is to empower young people to achieve their full potential and contribute to the sustainable development of their community. The launch of the Center was a grand event which was attended by local leaders, the community members and the Executive Director of Fontes Foundation in Norway, Dr. Andreas Koestler. 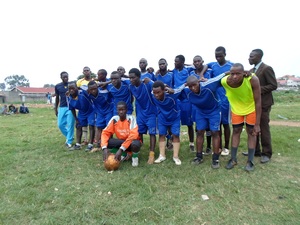 read more
fontesStart of Football Activity at the Youth Centre02.01.2012 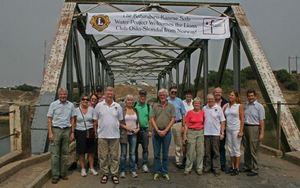 The safe water project of Katunguruâ€Kasese, which was implemented in September 2011, has been one of the major activities of the Lions Club Slemdal in Oslo, Norway for the last year. With big interest among the ClubÊ¹s members to see how the project hat been realized with their own eyes, finally, in late January, a large group of club members visited the village and were invited to a wonderful ceremony to inaugurate the water project. It was a warm welcome by both the people and the authorities. The colorful and inspiring dancing gave everyone an unforgettable impression. Besides understanding and learning more about the hardship of these fishing villages in the West of Uganda situated inside the Queen Elizabeth National Park, it was the enthusiasm, the will to change their future and the effort to make a water supply a daily improvement of their own health and prosperity, which gave the Club members much more than what they expected from the trip.