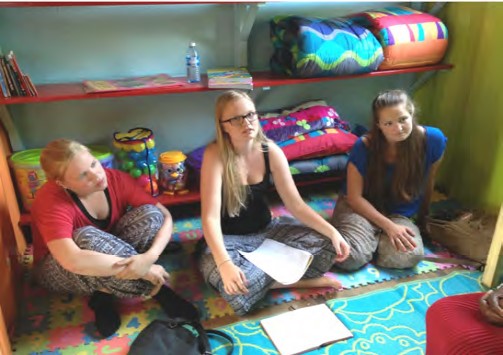 The new Single Mothers Programme established with support from AiM Norway is an important addition to the curriculum of the Youth Centre.

According to an assessment carried out in 2004 by the Single Parents Association of Uganda (SPAU), over 50% of families in Uganda are single parent households. The majority of these households consist of single mothers and their children. The increasing rate of teenage pregnancies in Uganda is one of the key drivers of such single-mother households. Beyond early pregnancy, physical violence and emotional abuse lead to brave women and girls leaving their husbands or partners in search of a better life for themselves and their children. Some single mothers have also lost their spouses to HIV/AIDS, a prevailing challenge in Uganda. Single mothers, especially in the area of Muyenga and Kabalagala where the Potentiam Youth Development Centre operates, are particularly vulnerable to become victims of sex trade.

The Potentiam Youth Development Centre with the help of AiM (Aid in Meeting), a collaboration of Lions Club Students from the Universities of Bergen and Trondheim in Norway, has established the “Single Mothers Programme”. The aim of this programme is to provide support specific to the needs of young mothers studying at the Centre to acquire business skills. In past years, the dropout rate among young mothers in the different courses offered was particularly high because of lack of childcare at home. 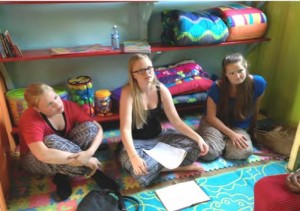 Members of the AiM Delegation from Norway in the new Child Corner for the Centre.

The Students from AiM visited the Centre and participated in the designing and setting up of the child corner, the space where the day-care programme will take place. The room has been stocked with toys as well as storybooks, blankets and pillows for entertainment and rest.

During the pilot phase the Centre will conduct several trainings in simple “from-home” businesses such as baking, which will provide them with relevant skills to become more independent and self-sufficient. This exciting new programme is an important expansion of the services offered by the Potentiam Youth Development Centre and will crucially support one of our most vulnerable student groups and will empower young mothers. 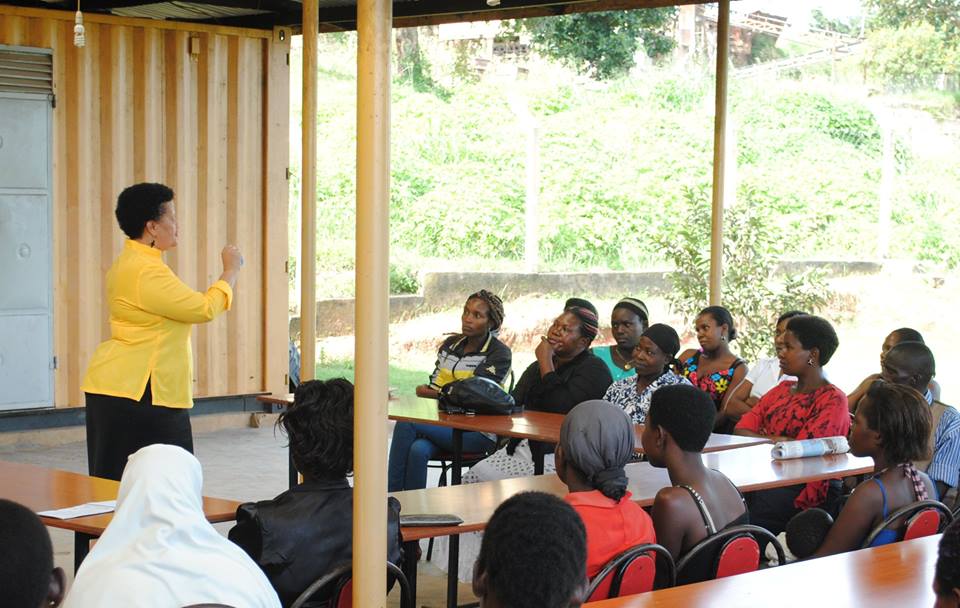 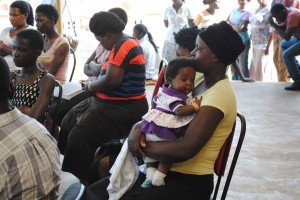 Young mothers responded enthusiastically to the invitation to come listen to Mrs. Ssali and about the Single Mothers Programme.

The Potentiam Youth Centre (PYC) hosted Mrs. Nellie Ssali during the monthly capacity building. Starting to work with textile, garment and design at the age of only eight years, Mrs. Ssali is a true example of what you can achieve as a young woman if you work hard, disciplined and organised. 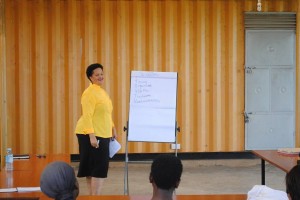 Mrs. Nellie Ssali caught everyone’s attention during her capacity building session, among others revealing what qualities young people must foster to succeed in Kampala’s competitive markets.

The topic of the session was women empowerment, and Mrs. Ssali inspired a packed youth centre with her stories, advices and business strategies. A self-made entrepreneur and business woman, Mrs Nellie Ssali is currently managing director of Makika Stylz, vice chairperson of the Garment and Textile Cluster in Kampala and member of the Uganda Women Entrepreneurs Association.