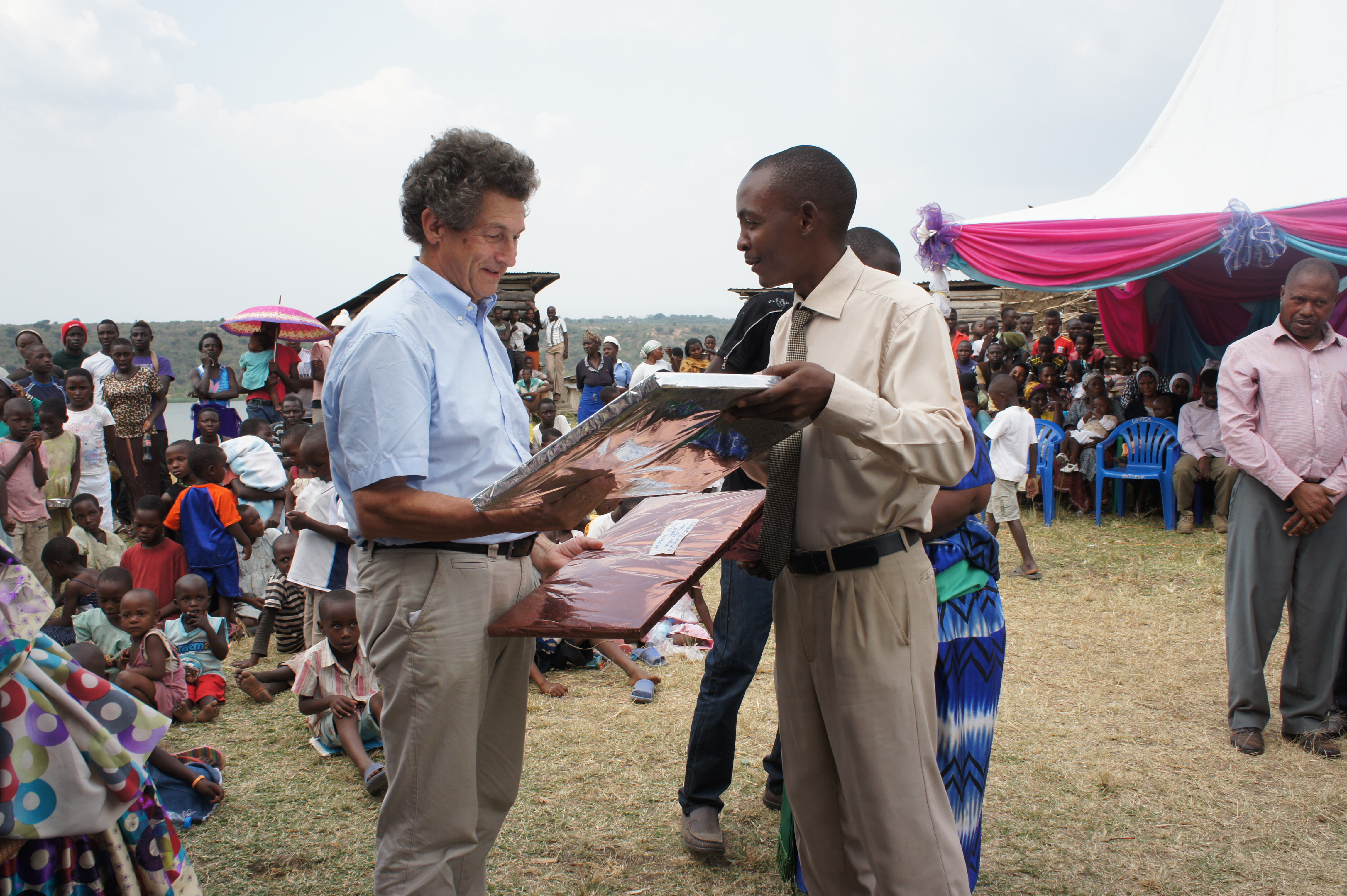 The 10-year anniversary of Fontes Foundation’s first safe water system was celebrated with the implementation of a new settlement tank and solar panel in Kazinga village, southwestern Uganda.

(Caption above: The local communities in Katunguru Sub-County, Uganda are showing their gratitude to Fontes Foundation founder Dr. Andreas Koestler at the 10-year anniversary function.)

In 2004, Fontes Foundation installed its first safe water system in the village Katunguru-Rubirizi in Uganda’s Queen Elizabeth National Park. The 10-year anniversary of this initial installation was celebrated with a function in Kazinga village 30th of January 2015 and was attended by local water committees, political leaders, donors, the local community and representatives from Uganda Wildlife Authority (UWA). Andreas Koestler, one of the founders and the current Director of Fontes Foundation, proudly announced that the organisation’s first water system is still working and has supplied safe water for Katunguru for over ten years.

The highlight of the celebrations, however, was the implementation of a new solar panel and settlement tank in Kazinga village. The photo-voltaic solar panels needed to run the water system now only cost about a quarter of what they did when the system initially was installed in 2007. This tremendous price reduction made replacing the petrol generator with solar panels a viable option. It is also more environmental friendly. The installations of the solar panels and the new settlement tank, which were assisted by Engineers Without Borders Norway, were made possible through generous donations from Laboremus Oslo AS and Balder Foundation, both in Norway. We are grateful for these organizations’ continuous support. Fuel used to be one of the largest operating expenses for the water project in Kazinga. Now the project will have more money for maintenance of the system, which again will make the project more sustainable.

Fontes Foundation’s first safe water project in Katunguru-Rubirizi, Uganda was implemented due to dire demand for safe drinking water in the fishing villages inside Queen Elizabeth National Park. People were suffering from waterborne diseases caused by drinking the contaminated water. In addition, fetching water in the lake was dangerous due to the presence of wild animals. Upon request from the UWA and the local community, a small surface water treatment plant was installed in Katunguru-Rubirizi in Februay 2004. 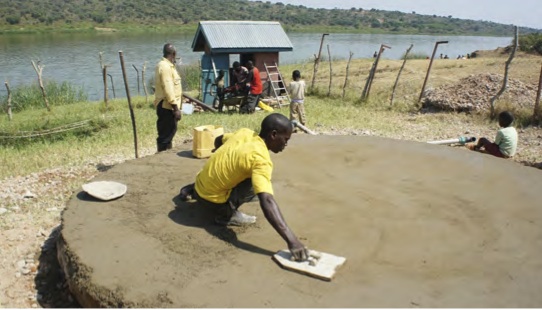 Now, more than ten years later, the effect from providing safe water has proved to be much greater than only reducing diseases. When the project in Katunguru-Rubirizi was first installed, the village only had a couple of hundred inhabitants. In recent years, however, the population has grown tremendously and the village is now host for a number of new institutions and projects. These include a small hospital, a secondary school and, not the least, the national park headquarters. People say all of this happened because the inhabitants in Katunguru now have access to safe drinking water.

The results from these projects show that Fontes Foundation’s long-term take on sustainable development cooperation – including community involvement, ownership and training, as well as continuous follow-up and advising – is working. Fontes Foundation is not running the projects alone; the local communities have been trained to manage their own water systems, which in each village is run by a democratically elected water committee. The ideal is that each community acquires a feeling of ownership over the safe water system and understands that the project belongs to the community and not to the organization. This is important, so that when the community has learned to appreciate the value of clean and safe water, they will have the responsibility, the skills and the capacity to keep the safe water system running without the involvement of external actors.

The trench for the cable running from the solar panels to the pumps was built by the community in Kazinga, Uganda, as their contribution towards the new installations. Every villager had to contribute with a certain length of trench and the community leaders kept a log to ensure that everyone did their part.

Visions of a Better Future by Kristin Fjalestad