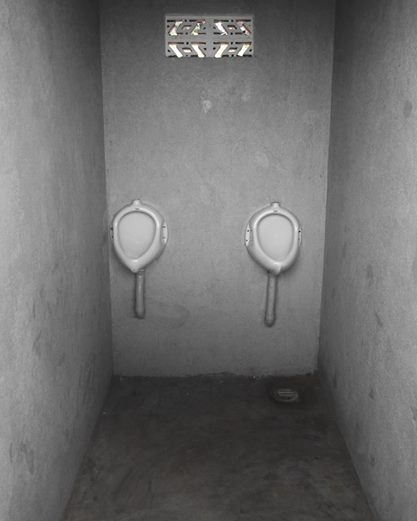 For the twelfth time now, the world is celebrating World Toilet Day to call attention to the still unsolved problem of inadequate access to sanitation for every third person in the world. The WHO estimates 2.6 billion people to lack access to adequate sanitation. The lowest sanitation-coverage rate can be found in sub-Saharan Africa with an average of 31 %. The world community is far off track to reach its ambitious goal of 75 % worldwide sanitation coverage by 2015, manifested in the Millennium Development Goals. Lack of sanitation is not only causing a serious threat to the health of those affected, but also to the security, education and of course dignity of the people.

Fontes Foundation is working in the sector of Water, Sanitation & Hygiene (WASH) for many years. One concept of sustainable sanitation is Ecosan (short for ecological sanitation) in which the material flows and nutrient cycles of the defaecation process are considered. Urine and faeces are separated and recycled by using them as organic fertilizers. Most ecosan-toilets don’t use water, what makes them environmentally friendly and an attractive alternative especially in arid regions. For the mentioned reasons, Fontes Foundation decided to provide the Potentiam Youth Development Centre with an ecosan-toilet in 2012 and is actively promoting the concept to its students through a special “ecosan-talk” during the courses. The excreta are stored in a shed near the compound where they covert into compost. Afterwards they are used as fertilizer for a vegetable growing project which recently kicked off at PYC (see post below).