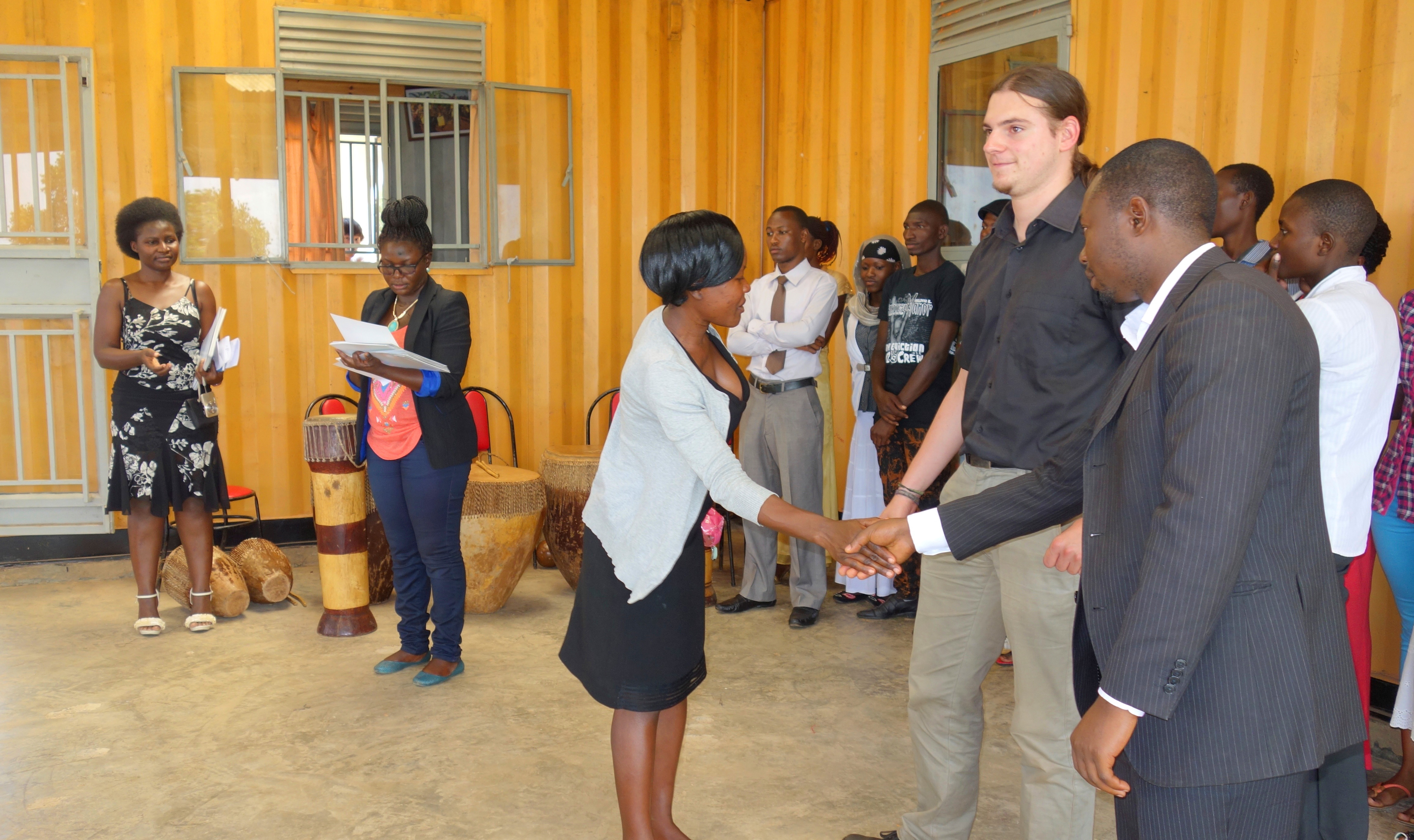 Since its establishment in early 2012, more than 240 students have graduated from the Potentiam Youth Development Centre (PYC). According to the results of the latest baseline study (cf. PYC Annual Report 2014), the centre is effectively fighting youth unemployment with slightly more than half of the job-seeking core course graduates having been successful within 6 months of graduation. Surprisingly though, the job-seeking students make up the overwhelming majority of the graduates (72%) while the rest is evenly split between students who took up additional educational training (14%) and those that started their own business (14%). Considering that the rationale behind the core course is to specifically prepare the students for entrepreneurial activities and that 90% of the graduates surveyed in an earlier version of the baseline study (cf. PYC Annual Report 2013) stated running their own start-up as a major goal, this leaves one wondering why the share of entrepreneurs among the PYC graduates is so low. In my opinion, this is due to a number of factors.

To start with, one fact to consider is that the target group of the PYC is coming from a disadvantaged and comparatively poor background. Therefore, they lack the initial capital necessary to implement the business plan which they presented as the final examination at the end of the course. Even though it was already suggested in the youth centre assessment study in 2011, Fontes Foundation has so far not been able to directly provide its graduates with funding due to financial constraints of our youth development programme.

Another reason is that even though the young people receive a lot of training in relevant business skills at the youth centre during the six-month core course, this is hardly enough to prepare them for the individual challenges they are inevitably facing once they decide to put their business plans into practice. Those early-stage challenges – as well as the numerous ones coming up further down the line – could have a demotivating effect on the students as they feel ‘left alone’ with their individual problems.

Last but not least, there is a general perception in Ugandan society that becoming employed is preferable to opening up one’s own business. Employment is considered a “safe bet” whereby money is flowing in quickly and regularly. Founding a start-up on the other hand is considered a more risky endeav- our that normally goes in line with limited revenues in the start-up phase and whereby higher revenues only occur in the medium- or long-run. This substantially reduces the attractive- ness for the youth predominantly looking for quick money.

To tackle the first reason of the low self-employment rate of PYC graduates, Fontes Foundation has developed a project proposal for a micro-finance programme at the youth centre. The idea is to provide the graduates with urgently needed start-up capital in the form of a loan at an affordable interest rate, the full amount of which has to be paid back into the scheme within a pre-defined period of time. This will ensure that the micro-finance project can grow over time in order for it to be able to provide funds to more and more youth-run businesses in the future. At a later point in time, it might even develop into an independent micro-finance institution.

To provide the necessary entrepreneurial guidance to the PYC graduates, Fontes Foundation included a Business Advisory Service (BAS) into its proposal for a recruitment hub at the youth centre. This BAS is proposed to be implemented with an office at the centre so that it can advice the students on their individual business plans or on already established business. This should reduce some of the insecurity of opening a business for the youth as they know that they will receive some guidance and that they are not alone in their endeavour to become successful business men or women.

On top of that, further emphasis should be placed on pointing out the advantages and opportunities of being self-employed during the applied business skills and personal development classes at the youth centre. In a rapidly growing developing country like Uganda with a youth unemployment rate of above 60% (“Lost Opportunity? Gaps in Youth Policy and Programming in Uganda”, ActionAid (Ed.), 2012, p. 27) and a very limited job availability in the formal sector, self-employment is a viable and very attractive alternative to formal employment as there are countless business opportunities waiting to be exploited by these young people. In addition, setting up their own business provides the youth with the possibility to grow and to employ additional people, thereby contributing much more profoundly to society than by just going into employment.

Both the planned micro-finance scheme as well as the Business Advisory Service are still in the fundraising phase and therefore not confirmed projects as of now. However, it is Fontes Foundation’s belief that real and sustainable economic development in Uganda can only come from within, spearheaded by a strong private sector. Giving the youth an opportunity to establish their own businesses will have a big and long-lasting impact on the development of the private sector in the country and will benefit the youth and society at large.