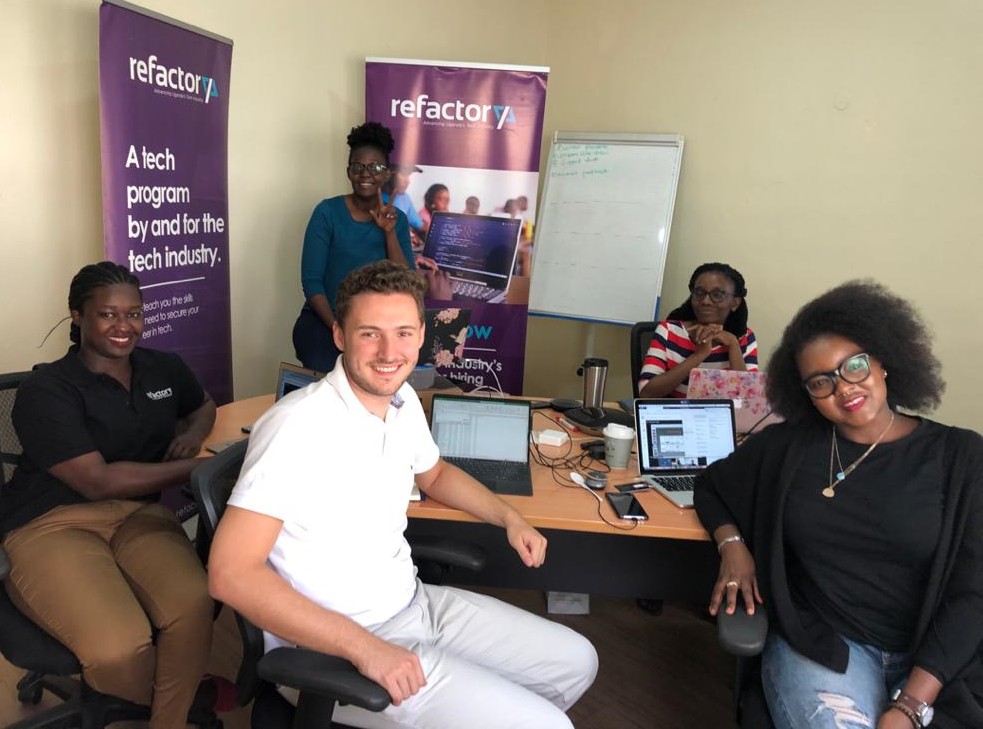 Our first iteration of this event, Career Day, took place in February just a few weeks before the Ugandan government imposed a very strict lockdown on the Ugandan people. Almost 20 companies attended while about 90 of our talented students participated. We had speakers from renown companies such as Laboremus, Fenix, Tugende and Kanzu Code share valuable lessons and insights with our aspiring software developers. After that, the students had the possibility to meet company representatives either on speed dates or at the bazaar where each company had a booth. Lastly, a big BBQ gave everyone the opportunity to mingle and network.

For the second iteration of this event, we had to become very creative since the pandemic made having a physical event impossible. That is why, we had chosen to host a virtual event over hopin, an online events platform, from the British start-up of the same name. Being unfamiliar with the platform ourselves and being the only ones in Kampala using it, made the whole endeavor a daunting task. Also, we changed the name of the event to Tech Knot, giving it a unique name that will stand out compared to other similar events. This time, people were really hesitant in attending because they thought that a virtual event was not worth it and companies are also still struggling because of the pandemic which makes them reluctant to consider hiring people. However, thanks to the unwavering commitment of our team, reaching out to so many people and unrelentingly following up on each and every one of them, we were able to even improve our turnout! Almost 100 students and 20 companies attended. Just like in the previous event, we had speakers from companies but also students presenting their projects at Refactory. But most excitingly we did speed dates and a virtual bazaar. Hopin made all of that very intuitive to use for the attendees. This was reflected in the feedback we got from all the attendees. Especially the employers were positively surprised about the whole event and already asked when the next event would take place, since they enjoyed meeting our students so much and found the event really worthwhile. But the event also received very positive reactions from the students. Two students got a job interview after Tech Knot and we hope that we increase this number next year when the hiring environment has hopefully improved.