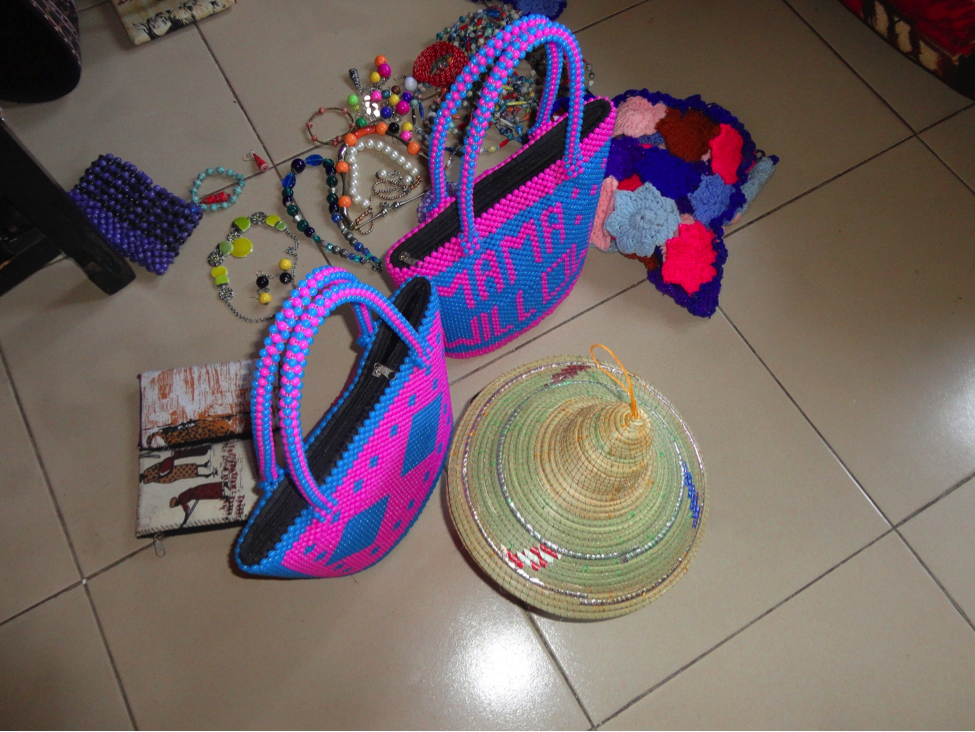 Scollah Tukwasibwe and Jenifer Nalimo, both former students of the Potentiam Youth Centre’s Single Mothers Programme (SMP) never imagined the powerful impact their participation would have on their livelihoods.

Joining the programme accidentally, they acquired a lot of useful skills e.g. making jewellery, sandals, seat and bed covers as well as growing mushrooms. Inspired by those creative inputs, they gained enough self-confidence and the necessary skills to form the MAKULA group. Together, the members produce bags and jewellery. Owing to the holistic and hands-on teaching approach of the SMP, they did not only acquire the required craftsmanship skills for their business, they also learned how to become successful entrepreneurs with a low start-up budget.

In order to economize on production costs, the group developed creative design ideas, such as making use of different resource materials, as for instance paper, instead of solely relying on the rather costly beads. By carrying out their work from a member’s home, they found a way on how to circumvent the high rental costs for office spaces, so to be able to properly invest the money into those business activities, that need it the most. So far, MAKULA counts 42 full memberships, with 16 active members and it was able to accumulate a promising capital of 720,000 UGX (ca. 200 USD). The founders are very ambitious to further expand their initiative and make it their main source of income.

The two former participants are an encouraging example of the positive effects the SMP can have on individual livelihoods. Both of our former students testified that they are really grateful for the opportunity the SMP gave them. ‘Thank you Fontes Foundation Uganda for launching the SMP, because we single mothers have gained a lot from the training. It helped us to earn a small living’ (Jenifer Nalimo, 2015).

Enhancing Cooperation in the WASH Sector by fontes

Uniting Strengths for Prosperity by fontes